The Home Interaction Program for Parents and Youngsters – the HIPPY program – is a two-year, home-based early learning and parenting program for families with young children. It operates in more than 100 communities across Australia.

HIPPY provides children with a structured, education-focused program that lays the foundations for success at school. Parents teach their children literacy, numeracy and language skills, as well as physical skills, so they are school-ready and develop a lifelong love of learning.

Each HIPPY program is staffed by a qualified Co-ordinator and a team of Home Tutors, who make regular visits to the family home to check on progress and discuss the work schedule.

Training for Co-ordinators begins with an intensive, week-long course, during which they are taught all the fundamentals of the program.

They are then able to train the parents and Tutors, introducing them to the work modules, teaching them role-playing activities, and familiarising them with the educational resources and materials – all the skills they need to become their child’s first teacher.

For the most part, training takes place in the family home, transforming it into a classroom. In some circumstances, where the home might not be the most suitable learning environment, training and activities can take place elsewhere, such as the HIPPY Training Centre, which has the additional benefit of providing child-care services for parents with other children. 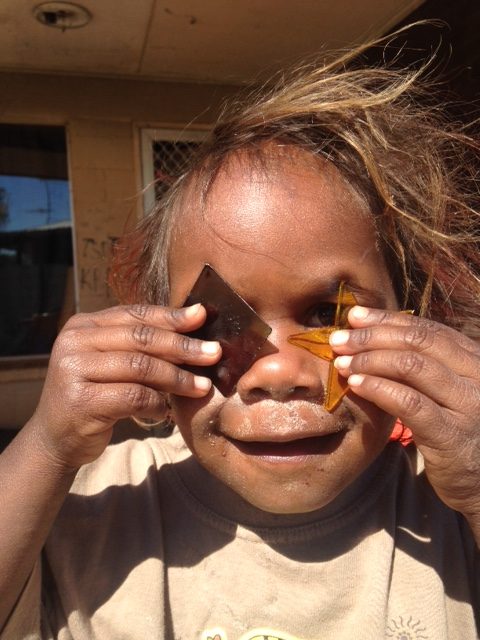 “Mums and Dads are recognising that HIPPY can help create

an important foundation for their child’s education, giving them the

building blocks to get the best possible start in life.” 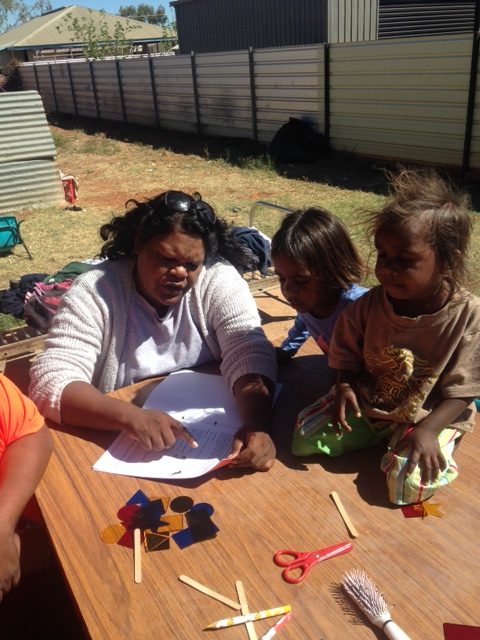 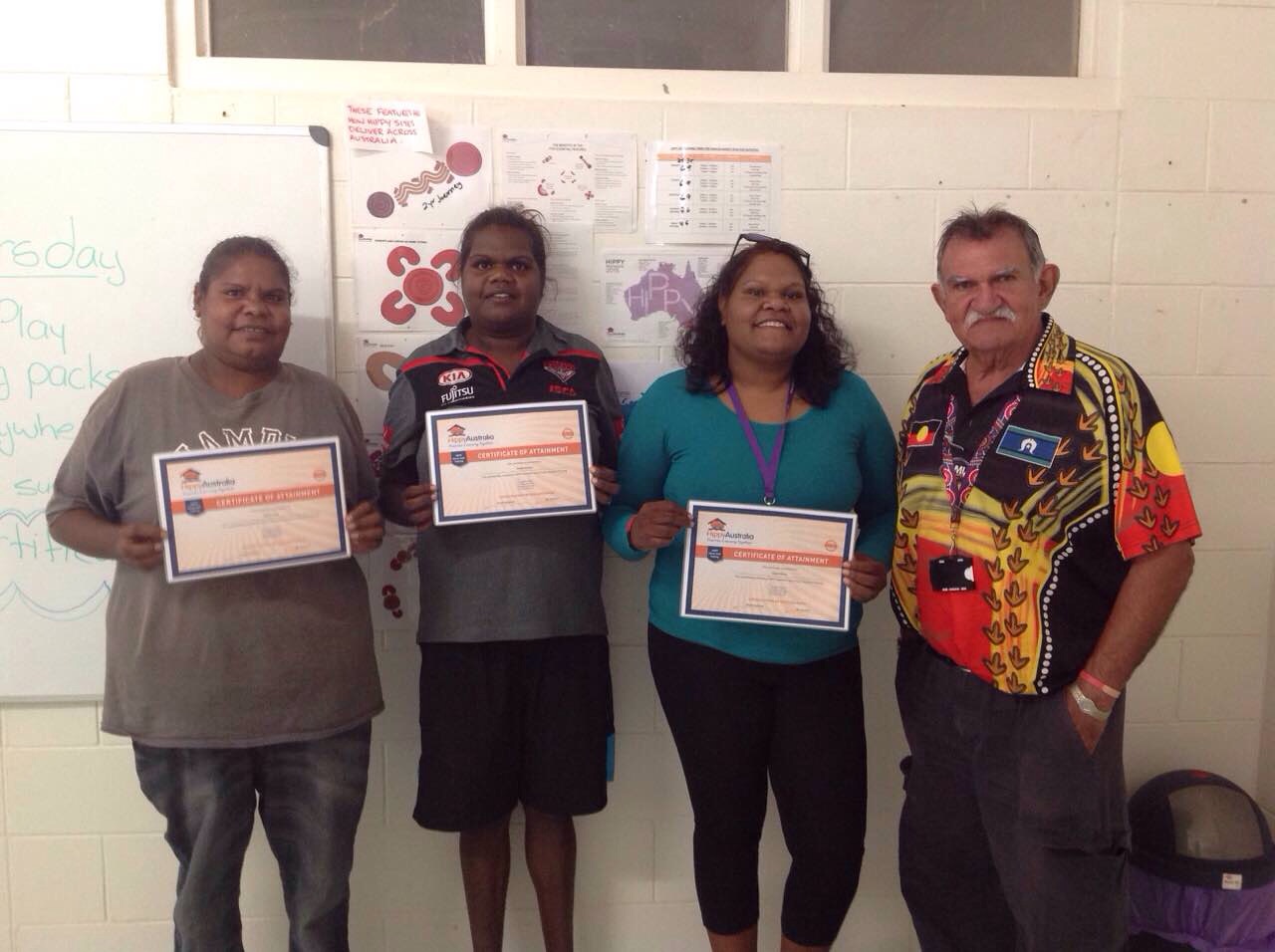 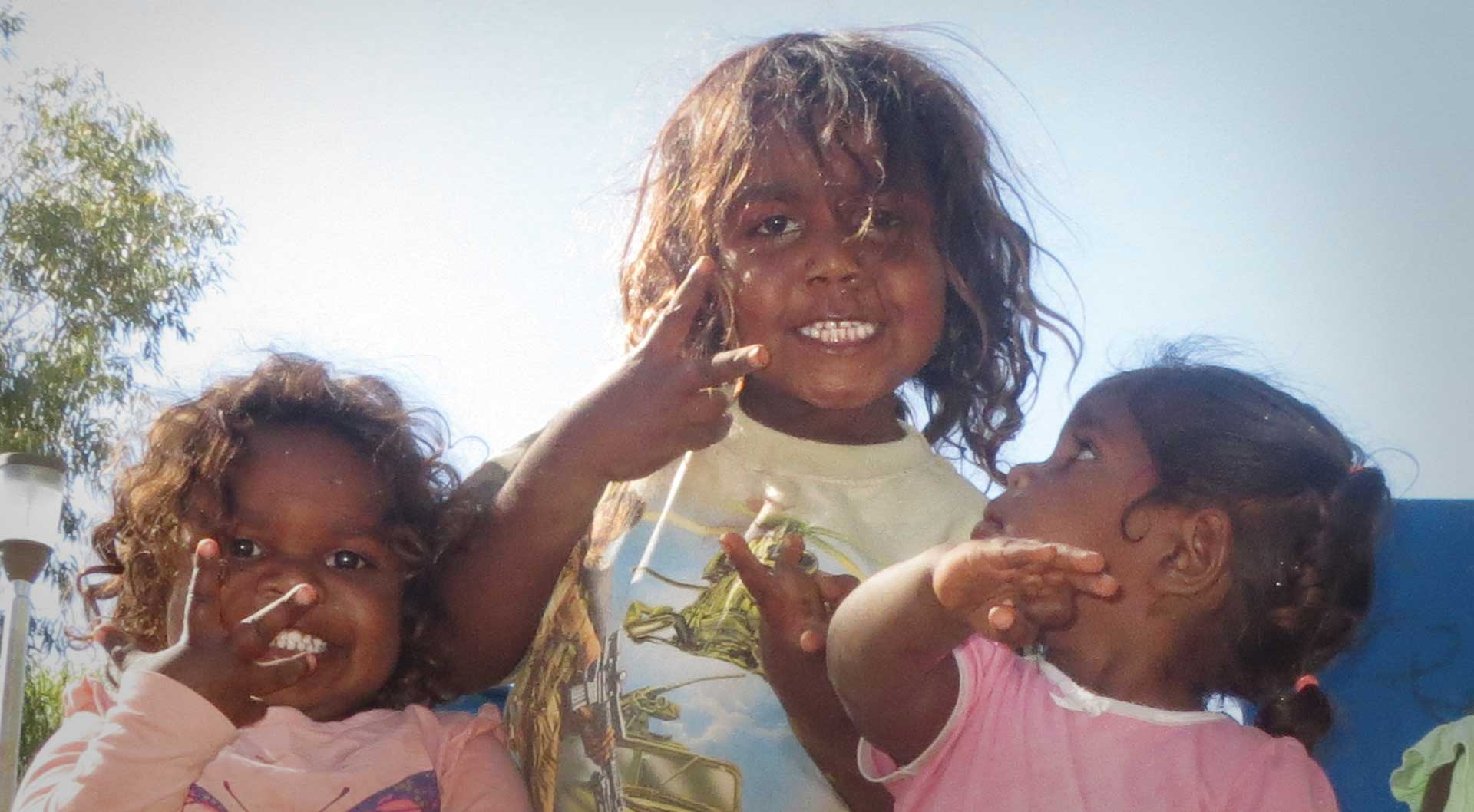 Although the HIPPY Program is only in its infancy in Tennant Creek, significant progress has been made in these first 12 months.

A total of 23 families were enrolled in 2016 / 2017, which was considered a great achievement for a new program.

Each of these families is working their way through HIPPY’s 30 colour-coded exercise books (five each of Orange, Red, Purple, Blue, Green and Red), with some of the families enrolled during 2016 close to finishing the 30-week cycle and ‘graduating’ from the program.

Importantly, the HIPPY Coordinator continues to provide the Tutors with ongoing training and support, enabling them to empower parents to play a central role in their child’s education and development, and strengthening the family unit more broadly.

It is pleasing that all the parents involved are working to the best of their ability with their Tutors, and that parents and Tutors are actively contributing to the program’s development and implementation.

For example, at a role-playing session in April, the Tutors came up with the idea of substituting the English language with Aboriginal words in the ‘3 Cs’ activity books. Thus, ‘Complete, Correct and Confirm’ became ‘Parninya, Yawya, Karpantta’ – the PYKs.

The PYKs are now widely used by families in the HIPPY program, demonstrating how parents and Tutors are invested in its outcomes and the positive impact it can make on their children.

Tutors are instructed to encourage parents to communicate in language, which not only keeps their first language strong, but facilitates better communication between parent and child.

It’s encouraging to see both parents and their children embracing the program.

Mums and Dads are recognising that HIPPY can help create an important foundation for their child’s education, giving them the building blocks to get the best possible start in life.

It also arms them with the confidence and self-esteem that comes from gaining new skills.

Most importantly, children themselves are taking the initiative into their own hands, often reminding their parents that learning can take place anywhere, and asking them to continue teaching even though they might have completed their set work for the day.

It’s particularly pleasing to hear reports of children asking their parents to read to them in bed, or at the dinner table.

All involved in the HIPPY program are excited about its prospects in the future. 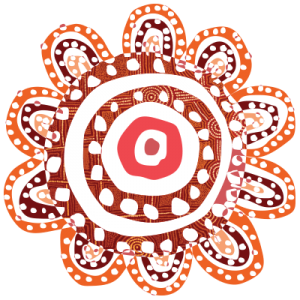